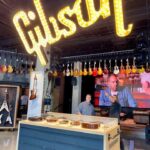 I wanted to follow up my post from last month when the Gibson Garage opened. I finally had the opportunity to visit the store this past weekend, and I really enjoyed it. The Gibson Garage is a retail store containing the full range of Gibson, Epiphone, and Kramer product lines.    I was curious about the Custom Shop experience, and spent some time discussing the … END_OF_DOCUMENT_TOKEN_TO_BE_REPLACED 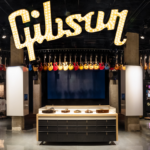 Last week Gibson opened a new retail store here in Nashville that they're calling the Gibson Garage. Here's a short blurb from Gibson about the store: The Gibson Garage, located in the heart of Downtown Nashville, combines a live performance venue with interactive brand storytelling, a Custom Shop Made To Measure experience, historical and celebrity memorabilia displays, a … END_OF_DOCUMENT_TOKEN_TO_BE_REPLACED 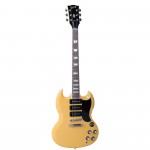 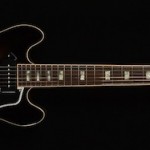 Photo credit: Wildwood Guitars Last year Gibson introduced the ES-390 model, which a smaller-bodied version of its fully hollow ES-330 guitar. The ES-390 shares the same body size as the ES-339, which is a smaller-bodied version of the ES-335 model. I own a ES-339 and find it much more comfortable than the larger body size of the ES-335 and the ES-330. At roughly the same … END_OF_DOCUMENT_TOKEN_TO_BE_REPLACED