Reverb has been working a feature-length film about guitar pedals, titled The Pedal Movie: For the first time ever, the story of guitar pedals and effects will be told by the people who make them and the artists that use them. Coming this summer, The Pedal Movie—Reverb's first-ever feature-length film—will dive into the culture of pedals and tell the story of how a small … END_OF_DOCUMENT_TOKEN_TO_BE_REPLACED 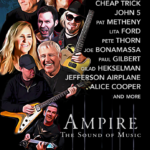 Ampire looks like it could be an interesting movie: Ampire is a feature length film which takes a fun peek into the evolution of ‘Sound’: the Amp and the ever changing voice it has given the guitar. Ampire is loaded with laughs, great behind the scenes stories, little known facts and even a few secrets. All new, never before seen interviews with artists and band members of … END_OF_DOCUMENT_TOKEN_TO_BE_REPLACED 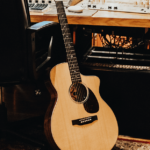 The new Martin SC-13E looks like an interesting addition to their product line: It’s time to rethink what an acoustic-electric guitar can do. Do you want to play leads all the way up the neck? Play longer? Play louder? Now you can with this super-comfortable, easy-to-play acoustic-electric from Martin. The all-new SC-13E, with its patent-pending Sure AlignTM neck system, … END_OF_DOCUMENT_TOKEN_TO_BE_REPLACED 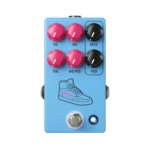 In advance of the upcoming Winter NAMM show, JHS have announced a collaboration with Paul Gilbert, the PG-14 Distortion pedal: JHS Pedals is proud to release the Paul Gilbert signature distortion "PG-14!” This is a new and unique distortion pedal specifically designed to Paul's specifications. At the heart of the circuit is a FET based distortion engine that emulates the … END_OF_DOCUMENT_TOKEN_TO_BE_REPLACED