A bunch of studies have been done to experiment with the idea that the clothes make the man and they are beyond interesting. People’s math scores go down when they wear swim suits. People’s reaction times go up when wearing apparel of people associated with fast reaction times (probably people from the sports). And when people wear lab coats specifically designated to the … END_OF_DOCUMENT_TOKEN_TO_BE_REPLACED

Ed. note: This article was written by Guitar Lifestyle contributor and ukulele enthusiast Russ. You can read more of his contributions here, and you can follow him on Twitter here. Aloha! I wanted to talk today about the importance of being flexible and allowing some freedom in your musical education (or the education of others). This is best summed up with my son and his … END_OF_DOCUMENT_TOKEN_TO_BE_REPLACED

I grew up in the 80s and 90s, so cassettes were a large part of my early musical life. The first album I ever bought was on cassette (Michael Jackson's Thriller, natch). I had a cassette player hooked up next to my bed, and I listened to cassettes every night. Even though I loved the cassettes that I owned, I was very glad to see cassettes go away as CDs became the dominant … END_OF_DOCUMENT_TOKEN_TO_BE_REPLACED 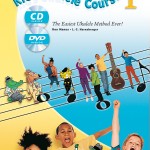 Ed. note: This is the third in a series of posts by Guitar Lifestyle contributor Russ about the ukulele and its growing popularity among musicians and educators. See the first post, The Ukulele as an Educational Tool, and the second post, Review: The Ukulele Site. Aloha! Today we'll be talking about homeschooling and the courseware I chose to teach my kids music and the … END_OF_DOCUMENT_TOKEN_TO_BE_REPLACED 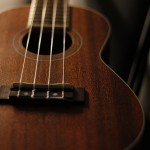 Ed. note: This is the first in a series of posts by Guitar Lifestyle contributor Russ about the ukulele and its growing popularity among musicians and educators.  Photo credit: Zachary Sumners via Flickr Creative Commons Aloha! Since this is my first editorial article for Guitar Lifestyle, I figured it would be best if I introduced myself and explained why I'm … END_OF_DOCUMENT_TOKEN_TO_BE_REPLACED