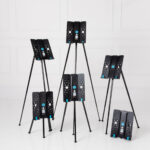 The Wee Stand is an interesting new portable music stand by Noisy Clan that launched today on Kickstarter. I've had a review unit of the stand for a couple of weeks and what I like about it is that it can go from a table-top stand to a full standing height stand depending on your needs at the moment. I also like how small it gets; it's small enough to pack in your gig bag or … END_OF_DOCUMENT_TOKEN_TO_BE_REPLACED 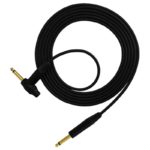 In one of the more curious announcements at NAMM, ProCo announced the Rat Tail Distortion cable. In short, it's a RAT pedal in a guitar cable. It features two distortion modes utilizing the same clipping diodes used in vintage RAT pedals. The distortion modes are selectable via the cable's connector. Yes, it even has a true bypass option. I guess if you really want the … END_OF_DOCUMENT_TOKEN_TO_BE_REPLACED 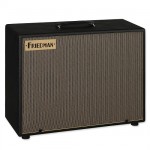 Friedman Amplication have recently introduced a new powered monitor to their lineup, the ASC-12: The Friedman ASC-12 powered monitor was designed and voiced for use with today’s guitar amp modelers and profilers including Fractal Audio Axe-Fx, Kemper Profiler, Line 6 HD Series and others. The ASC-12 delivers rich authentic tones, allowing you get the most out of these systems … END_OF_DOCUMENT_TOKEN_TO_BE_REPLACED 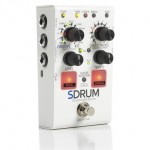 DigiTech has announced a new drum machine pedal for guitarists and bassists called SDRUM: SDRUM is the world’s first intelligent drum machine for guitarists and bassists. By simply scratching across your guitar strings, you teach the SDRUM a kick and snare pattern that forms the foundation of the beat you want to hear. Based on this pattern, the SDRUM supplies a professional … END_OF_DOCUMENT_TOKEN_TO_BE_REPLACED 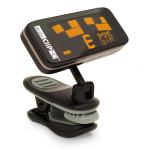