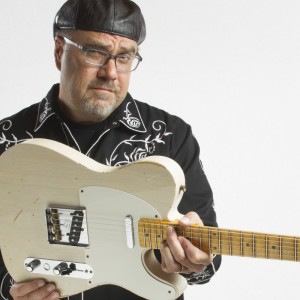 About a year or so ago, Fishman released their Fluence series of pickups, which are some of the latest entries in the noiseless pickup arena. What’s interesting about these pickups is that they contain two switchable voices, generally a lower output and a higher output voicing.

Guitarist Greg Koch has been one of the faces of the series since its introduction. For this Winter NAMM show, Fishman is introducing the Greg Koch Gristle-Tone Pickup Set to the Fluence Signature Series:

“For me the dream Multi-Voice scenario is to be able to instantly summon the perfect White-Guard and Black-Guard tones with flawless articulation and no hum. And that’s exactly what Fishman has done for me in my signature set. The voices in my head are now in my guitar – well, 4 of them anyway!”

Each Fishman Fluence pickup has two distinct and useful sounds on-board. These sounds start with the revolutionary Fluence Core, the heart of Fluence tone. From this Fluence Core we then create the classic timbres and tone — colors you expect from great guitar pickups — as well as some you’ve never expected.

Voice 1 – White-Guard. Open and airy, the sound of Nashville and Bakersfield, chicken pickin’, and the big strum.