When I interviewed Joe Bonamassa before his show in Nashville last year, he mentioned that Gibson was going to be stopping by later that afternoon to drop off a one-off custom guitar that Joe had them build. He played the guitar later in the show, which he is calling the “Bona-bird,” and it’s his take on the Firebird I. It has a Les Paul body with a single pickup and a Firebird neck. Some people don’t like it, but it looked and sounded really good on stage. This is a picture of the guitar from that night. We weren’t able to zoom in as much as I would have liked, but you get the idea of what the guitar looks like: 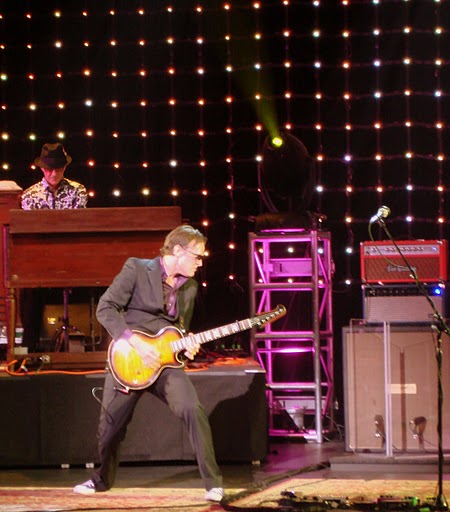