You are here: Home / Artist News / Joanne Shaw Taylor ‘Diamonds In the Dirt’ 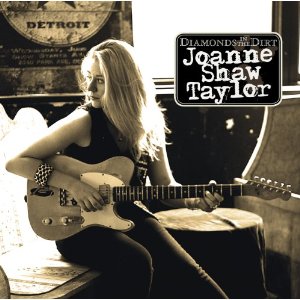 Young blueswoman Joanne Shaw Taylor will be releasing her second album titled Diamonds In the Dirt on November 9. Her first album, White Sugar, which introduced her to the world as both a talented singer and guitarist, made my list of notable albums from 2009.