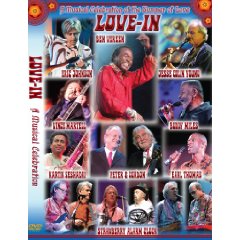 In 2007, Eric Johnson participated in a concert called Love-In: A Musical Celebration, which was a celebration of the music of the ’60s. In addition to Johnson, the concert featured Buddy Miles of Jimi Hendrix and Electric Flag fame, Strawberry Alarm Clock, Jesse Colin Young of the Youngbloods, Vince Martell of Vanilla Fudge, among others.

For his part of the show, Johnson played songs by Cream and Jimi Hendrix. The video below features Johnson playing Politician by Cream as well as Johnson discussing how he felt when hearing the music of the 60s: