You are here: Home / Artist News / The Rust 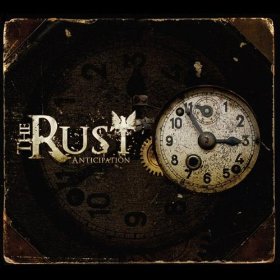 Tuesday night my wife and I went to the Rutledge to check out upcoming local Nashville band The Rust. The Rust have been on quite an upswing over the past few months, even though the band’s fairly new to the scene. They recently won a battle of the bands here in Nashville, competing against 100 other bands. They’re starting to get spots on local radio stations, and they’ve recently confirmed a fall tour opening for Secondhand Serenade.

The band was excellent and played selections from their debut album Anticipation, which was released late last year. The songs are probably best categorized as melodic hard rock, with influences such as Fuel, Chevelle, Foo Fighters, and Metallica. I was surprised to learn that the drummer has only played a few shows with the band and the rhythm guitarist was playing his first show with the band. The reason I was surprised was because the band sounded very tight, like they’d been playing together for years. Singer/guitarist Nick James was great, as was the rest of the band, which includes keyboardist Chris Scott, lead guitarist Justin Davenport, bassist Greg McCool, and the new rhythm guitarist, whose name I, unfortunately, didn’t catch.

I think The Rust have a bright future ahead of them. It’s exciting to see a group of talented guys starting to get some of the recognition they deserve. Here’s a video of The Rust playing their song “Drowning” from Tuesday’s show: