You are here: Home / Amps / Ampire: The Sound of Music 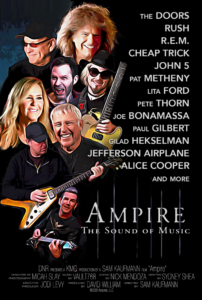 Ampire looks like it could be an interesting movie:

Ampire is a feature length film which takes a fun peek into the evolution of ‘Sound’: the Amp and the ever changing voice it has given the guitar. Ampire is loaded with laughs, great behind the scenes stories, little known facts and even a few secrets.

You can watch the trailer below, and you can rent it for $1.29 directly on Vimeo.

I haven’t seen it yet, but plan to rent it in the near future.