You are here: Home / Reviews / The Charlie Brown Collection 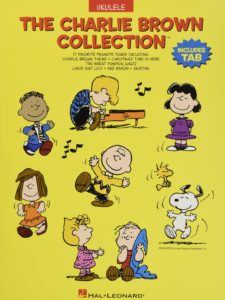 Aloha, everyone! Let’s talk books! Specifically, let’s talk biographies: One of the best (if not the best) biographies I’ve ever read is called Schulz and Peanuts by David Michaels. It’s a long one, I’ll warn you, but Michaels did a fantastic job giving the good, bad, and interesting of Schulz’s life instead of skewing toward any one direction and the result is a book that shows Schulz in a human (albeit still strange) light.

See, at one point Schulz was famous for his Peanuts comic strip (or “Charlie Brown,” or “Snoopy” if you’re not into comic strips), but he was also a crazy-good artist who critiqued artists taking a correspondence course similar to that commercial we’ve all seen for decades where the guy says he’ll send you a free drawing test to get you started on your path to being an artist.

But he was also a soldier in the Army. And he was strung-along by the love of his life so hard that it could be argued that he sabotaged just about every relationship afterward. And he was agoraphobic, often signing up to speak at classes or events only to dread it more and more as the days went on until he would be so physically ill that he had to cancel. He was gruff at points. He referred to his Peanuts characters as his kids (in front of his REAL kids).

And he hated jazz.

Well, that’s a bit misleading. At one point, he hated jazz. Couldn’t stand it. He focused almost all of his musical appreciation on classical music and talked down about jazz constantly. But over time, he started to appreciate it until, when it was about time for the first Peanuts special to be made, he wasn’t totally against it.

And that’s how Vince Guaraldi got the job as composer for the now-famous Peanuts music.

Schulz warmed to jazz, and I eventually warmed to Guaraldi because I didn’t like it at first. I actually didn’t like it for a long time. But then I started hearing it without the usual vocal accompaniment and the beauty of it hit me hard.

I know that Peanuts isn’t strictly a musical, but the music has crept into our lives to the point where today we would have an easier time catching the songs and recognizing them, but not really associating them with Peanuts. The famous “Christmas Time is Here” might as well be its own song and not been featured in a special.

But that’s how you know the music is worth it. When music transcends the original format it was presented in and shirks the accoutrement to shine on its own – that’s a true sign of quality.

So I was stoked to see that Hal Leonard had an ukulele song book called The Charlie Brown Collection with 17 Peanuts songs from various movies and specials. Some are obviously more memorable than others. There was no shortage of Peanuts specials and, as such, no shortage of songs to pull, but this just opens up the possibilities of showcasing new music to people who might not have heard it.

The book features TAB, standard notation, and chord boxes so it’s got all of your bases covered when it comes to learning songs and the general speed of a lot of them gives you time to really appreciate the melodies and where the song goes. There are few that are rushed and most feel more… meditative.

Overall, this is one of my favorites to recommend because it’s the kind of music that will make people’s eyebrows lift up as they struggle to remember why this music sounds so familiar.

“Hold on… hold on, don’t tell me…l know this…” kind of stuff. And that’s always fun. But it’s also a blast to travel down music paths that honestly aren’t traversed a lot. None of the music from this book feels standard or predictable. It’s all very unique-feeling and that’s the biggest reason I like it so much.

The book is available directly from Hal Leonard, from Amazon, or from your favorite bookstore.