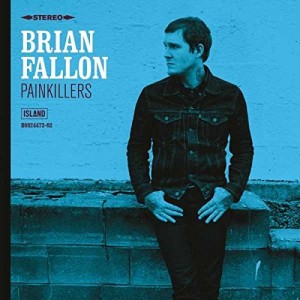 Let’s talk about Bruce Springsteen. I’m not a huge fan, myself, but I always find Springsteen fans to be an interesting bunch. Have you ever noticed how they usually say the same things? They talk about how Springsteen is a voice of the people – that he sings their songs, not necessarily his own. Isn’t that interesting? Instead of listening to his music and seeing a window into his soul, it’s like they’re using his music as a window into their OWN souls.

I tell you, it’s beyond interesting, this Myth of Bruce. And, because of it, I have tried repeatedly to get into his music but most of it just doesn’t do anything for me. He may sing the songs of millions of souls, but mine is left out and there is just way too much saxophone.

Recently, though, I began to wonder if I’ve EVER felt that sort of connection and I came to the conclusion that I have not. I have listened to music that I found poetic and appropriate for the subject. I could follow and grasp the social unrest of punk rock, the anger of metal, the avant-garde nature of experimental jazz, and love it all, but through every bit of it I failed to see myself through the music. It’s always been looking at the artist and not using the artist as a mirror to myself.

I don’t think this makes me lacking in some serious manner – I can still appreciate music – but I just haven’t gone to that other level.

Or, I should say, I hadn’t because recently I have in a big way.

I have a playlist on my phone filled with music I don’t have any experience with. I’ll see someone on a late night show or get a recommendation from someone and download an album or two from Apple Music and give it a shot. The good stuff gets dumped into my catch-all “Awesome” playlist and everything else falls away.

On a long trip away from home, I decided to listen to something new and pulled up my experimental playlist and listened to Brian Fallon’s Painkillers, and that was it. I instantly fell in love with it on that new level. The folksy rock sound that flows throughout the album gives it a raw feel even though there are layers of instruments and back-up vocals and the prevalence of acoustic guitars gives the whole thing an intimate vibe. It isn’t a folk album by any means, but it has that folk feel where people are usually more honest with themselves and the audience about what they’re feeling – where there’s less pretense and showmanship to convey an image rather than the real person. There’s more dimension to the songs and Fallon moves around from bouncier offerings to heartbreaking songs with ease and he’s definitely bringing you along for the ride.

I listened to it all and felt like he was singing my songs or my soul. There was just a feeling to it that is tough to describe. The weirdest part is that I couldn’t point to any one area of my life that was a good example of whatever song and draw a connecting line like “this song reminds me of when I…” No, the situations were all alien to me, but through Fallon’s writing and playing they all felt like I had lived them at some point and had come away wiser if a bit more jaded.

And what a testament to his writing and performing when he moves beyond getting your feet to tap – beyond even painting a picture for you to admire from afar and say “I understand,” – and move with ease from the first song to the last bringing you on a trip and you feeling like you had done these things, lived these lives, and learned these lessons. The stories don’t show the song’s subjects as a heroes or villains, but rather just people and sometimes people do good things and bad things. It’s just part of being human and it’s nice to hear stories that back that up.

The playing is something to really sit down and listen to as well. Most of the songs feature a comfortable strum and familiar chords, but the accents that Fallon places on top of them with different licks, solos, and other instruments make everything feel like something you’ve never heard, but something that is still familiar. Like sitting in someone else’s comfortable chair. Yes, it’s not the same chair you’re used to, but it’s still comfortable and you can delight in the differences instead of them distracting you too badly.

I am NOT saying that Painkillers sounds like a Bruce Springsteen record, but the immediate attachment that it made me feel – that closeness that spread like wildfire inside me – is so similar to what I hear when Springsteen fans talk about the Boss that I get it now. I understand why his fans are so devoted. Springsteen, despite his success, still manages to convey a “one of us” vibe. He never comes across as above his fans, or more elite. He feels like a neighbor down the road – an old friend from school – and you want to support that. Brian Fallon does the same thing: Through his excellent songwriting and performing, Painkillers comes across as intimate and vulnerable, but still something you can shout along with in your car. His songs are anthems of the every-man and nowhere does he imply that he’s above you.

Painkillers is, without a doubt, my favorite album I’ve ever listened to and I had to come here and gush about it even though I focus on ukuleles and instruction materials. I feel like it’s my duty to proselytize and tell you about it because I haven’t seen enough press about it or t-shirts on the streets. I have no doubt that Fallon’s album would be appreciated by a ton of people if they gave it a shot so I implore you to check it out. The worst case is you feel like he doesn’t speak directly to you, but what if he could if you gave him the opportunity?