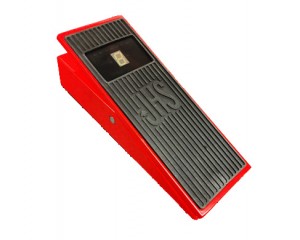 JHS has updated a bunch of their pedals for this year’s Winter NAMM show. One of the most interesting additions is the use of a remote for changing the gain stages on the Superbolt, Twin Twelve, and Morning Glory.

They have also announced a new modular volume pedal called the See-Saw:

In the early 1970’s the first volume pedal was created, and over the following decades many people have adapted it’s design and function. I started modifying the ever popular Ernie Ball Jr. in early 2009 due to certain improvements that I saw possible. Since then, the JHS “Active/No Loss” modification has been a staple in the JHS Mod Shop and can be seen on thousands of pedal boards all over the world. In early 2012 I had another idea, one that proved really difficult, an idea that is finally on the edge of release to you, the public. The JHS Pedals “See-Saw” is an end-all stereo/mono volume pedal, preamp, direct box, tuner and effects host in a pedal board friendly package. The “See-Saw” has a lifetime warranty on all parts and we feel strongly that you won’t have problems anytime soon.

The circuit that drives the “See-Saw” is an all analog studio-grade active circuit much like you see under the hood of a studio desk fader. The gain of the circuit is controlled optically so you have no breakable string or potentiometer to accumulate dirt or wear that produces static, volume drops, and/or no signal. Another feature of the design is the fact that you, the user, can select between three different tapers for the exact feel of travel from zero to full volume that you want. There is zero volume loss due to the high quality buffered signal that the “See-Saw” produces from its output to your amp.

Unlike all the volume pedals of the past, the “See- Saw” allows you to have different configurations via modular inserts that alter the circuitry to achieve the application you need at any given time, any given gig. You the player can even swap out the modules on the fly DIY style!!! The stock module that comes standard is the 1/4” MONO module. This is for standard mono guitar rigs that only need one 1/4” input and one 1/4” output. The second and optional module is a 1/4” STEREO interface. This allows the user to have a true stereo 1/4” in and out for stereo effects rigs that require two channels in and out. This interface is also perfect for keys players who run a stereo signal. The third and optional module is a studio grade direct box/preamp XLR interface. This adapts the circuitry of the “See-Saw” into an instant acoustic instrument DI, tuner and volume utility that is perfect for acoustic guitar, upright bass, banjo, mandolin, violin, etc. Another exciting feature of this format is a full line of modular effects inserts like delay, reverb, modulation and more. These are in motion but will be available at a later date, not too far away. I just wanted you to know because this is an exciting element to the future of the “See-Saw.”