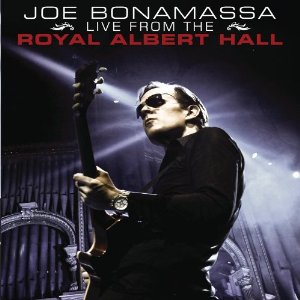 Joe Bonamassa will be releasing a CD version of his DVD Live from the Royal Albert Hall on October 19, 2010. The download version has been available on iTunes since the DVD was released, but this is the first time that the show has been released on CD. Joe is playing in top form at this show. He even has Eric Clapton guest on “Further On Up the Road.” In addition to the CD version, Bonamassa and team will be releasing a Blu Ray version of the show, so if you want to see the show in high-definition, now you can.

You can pre-order the CD and Blu Ray from Amazon. Click here to read my review of the DVD