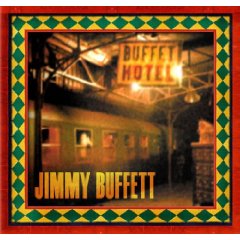 In just over a week on December 8, Jimmy Buffett will release a new album titled Buffet Hotel. The album was produced by Mike Utley and Mac McAnally, long-time members of Buffett’s band The Coral Reefers.

Buffett usually surrounds himself with some great guitarists and musicians, and this release is no different. In addition to his band, Buffett is joined on the album by Sonny Landreth, Jake Shimabukuro, Cedric Burnside, Steve “Lightnin'” Malcome, and Toumani Diabate.